Welcome to our gallery of Stanzas One-to-Twenty which were published quarterly between 2013 and 2020 under the editorship of Douglas Reid Skinner. These are now out-of-print, but are available on print-on-demand and also as PDFs.

We no longer publish Stanzas. Please direct all queries to User Friendly.

We enjoy the interplay between poetry and art, so each issue of Stanzas One-To-Twenty featured the work of an artist, usually South African, on its cover. 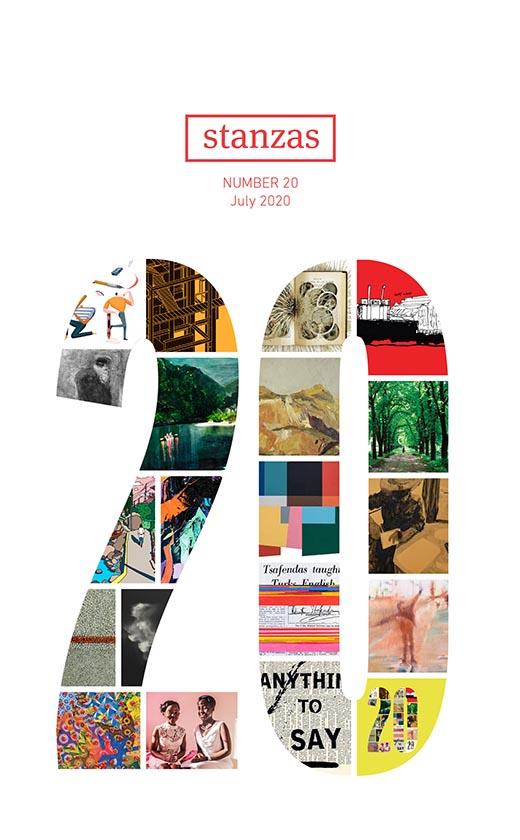 Thank you to all the artists and photographers who generously let their work be used on our various covers.

APRIL 2020
While our vegetables wilted in the chilli chest
By Daniella Mooney
Oil on board 21 cm x 21 cm.

Daniella Mooney is a South African artist who works across multiple mediums, including painting, sculpture and installation. She is currently based in Berlin. Through her use of wood, stone and oil paint, she explores our connection to nature and its cyclical rhythms. Her paintings depict the generous mountains of the Western Cape and Southern Africa. 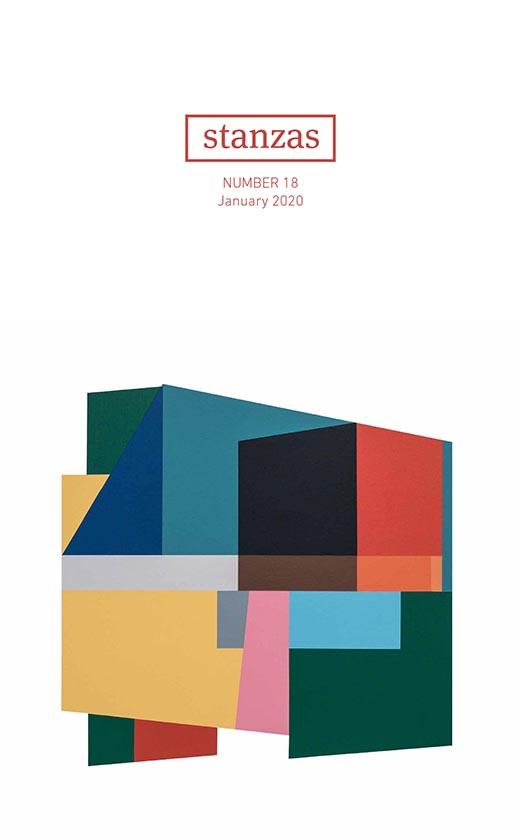 Hugh Byrne is a visual artist currently based in Cape Town. Using erasure and addition, trial and error, he combines bold colour, texture and geometric planes to investigate shapes and forms hidden below the surface of the landscapes around us. His work plays with the tensions between reality and abstraction, structure and dynamism, flatness and volume. 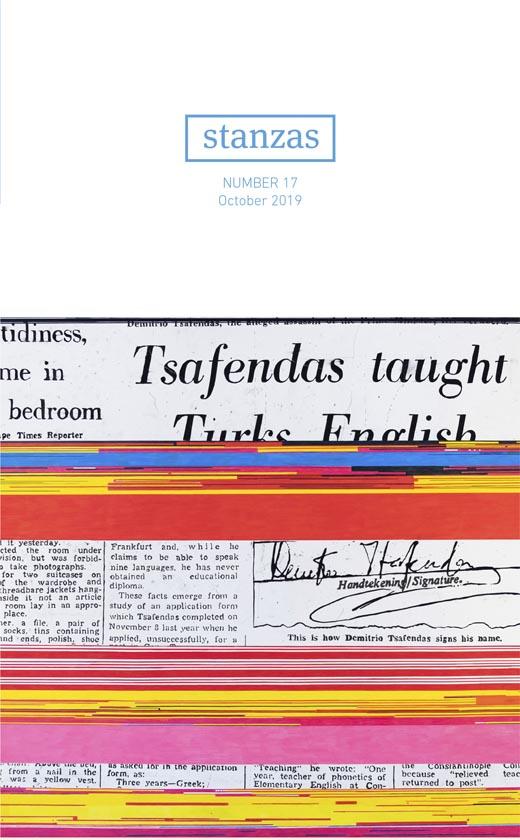 Benjamin Stanwix completed a Postgraduate Diploma in Fine Art at Michaelis in 2016. His studio practice, which included drawing, printmaking, weaving and working with text, looks at the ways in which we make sense of the past, with a particular interest in contradiction and distortions as spaces for productive engagement. 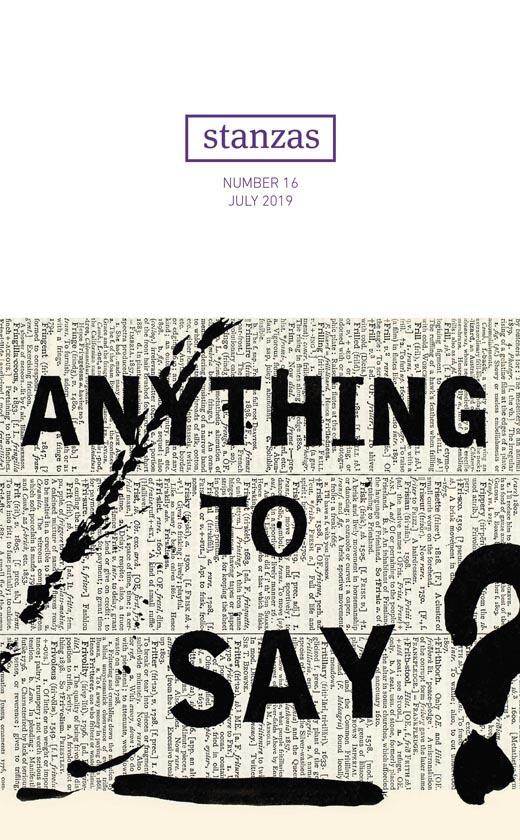 William Kentridge is a South African artist best known for his use of prints, drawings and animated film to address apartheid and other social ‘wounds’. His tackling of political issues is both redemptive and spectacular. Kentridge’s interest in theatre – specifically in acting and design – influences his artistic style. His drawing, usually rendered in pastels and charcoal, are often created as studies for animated films. 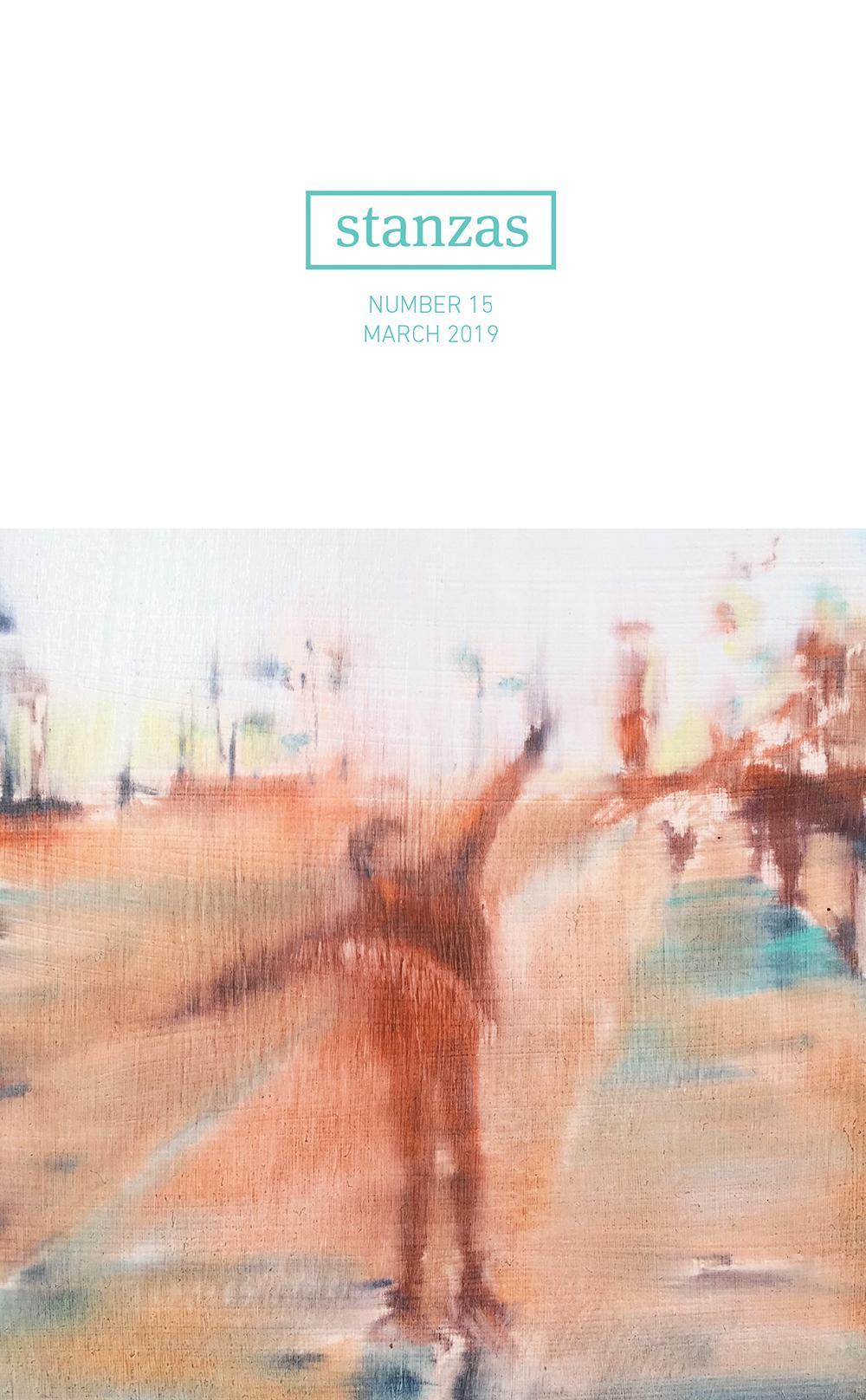 Katherine Bull is a Cape Town-based artist. She has produced six solo exhibitions, taken part in numerous group exhibitions and performed at international conferences. She has participated in numerous residencies and has won an international fellowship. Bull’s creative practice is informed by her interest in mechanisms of perception and cognition in art-making; and how this is informed by the changing technology  of information systems and a contemporary cultural media. Performance is an integral part of her practice. Bull has 18 years of lecturing experience, more than a decade of which was spent at Stellenbosch University and UCT.
www.katherinebull.co.za
Instagram: @kathbull

Anna van der Ploeg is a multi-disciplinary artist and print maker from Cape Town. Her parallel role as a beekeeper permeates her visual language. This ritualistic performance allows her to embody a veiled figure and mine its metaphors. She is interested in proximity to discomfort; in what we choose to reveal of ourselves; in domesticity and
in daydreams. Using various mediums she positions these themes within a dream landscape.
www.annavanderploeg.com
Instagram: @annavanderploeg 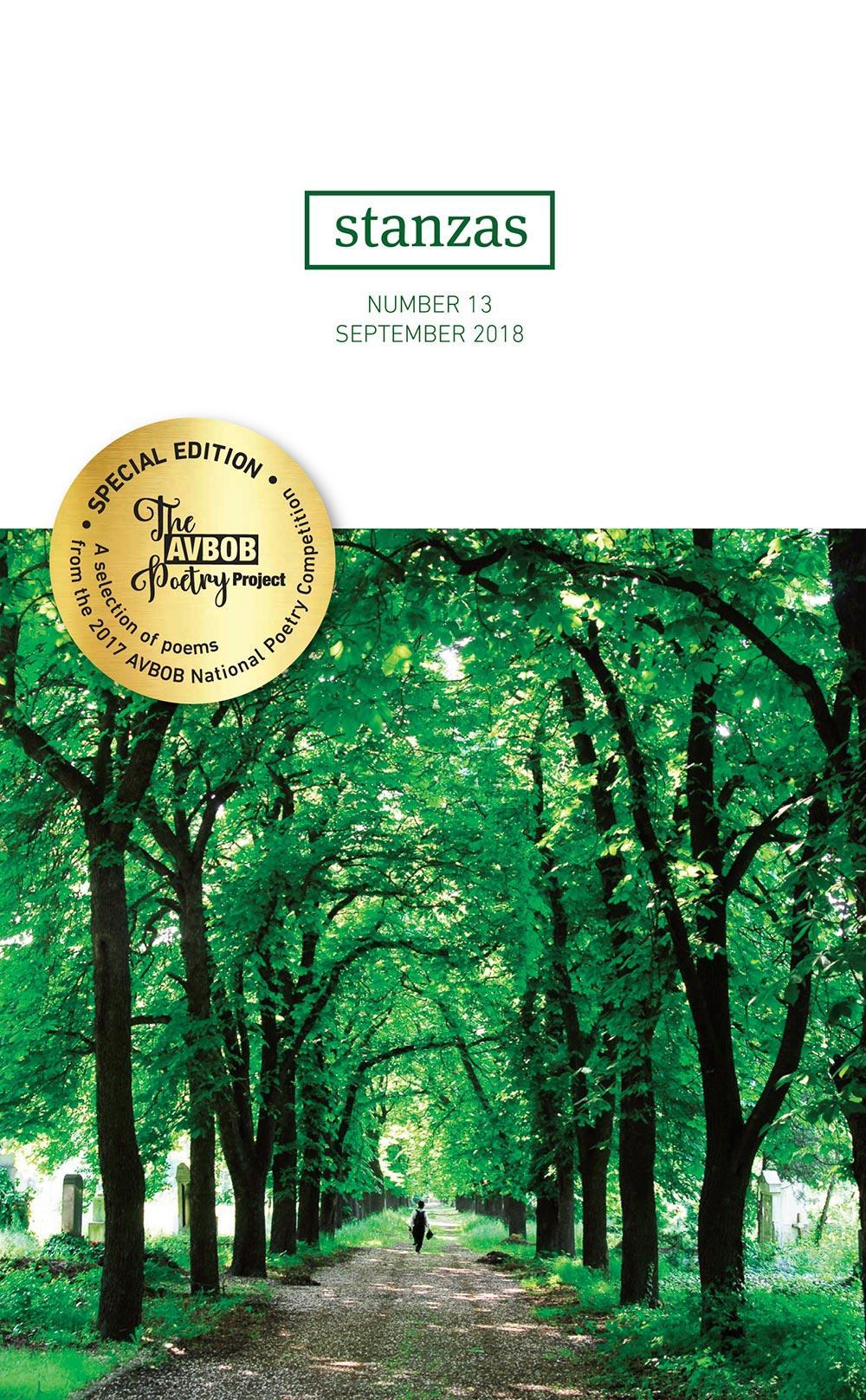 SEPTEMBER 2018
This Special Edition comprised a selection of poems drawn from the 2017 AVBOB National Poetry Competition. The photograph on the cover is of Farkasréti Cemetery in Budapest and was taken by Don Pinnock. 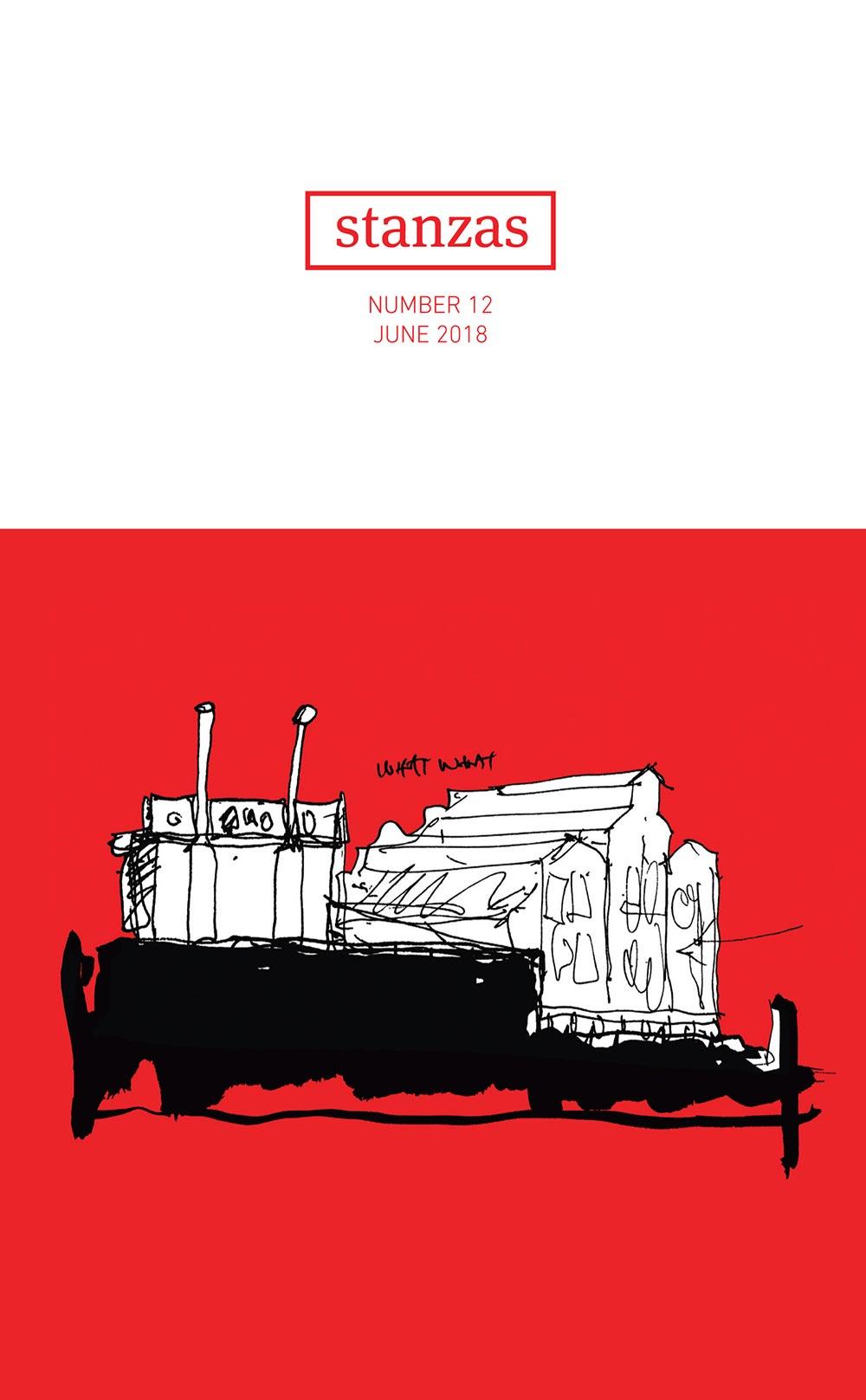 Lorenzo Nassimbeni is a South African architect and artist who works in the medium of drawing, printmaking, public murals, surface design, sculpture and architectural installation. His creative work is characterized by a focus on the area where the disciplines of architecture and fine art meet. This is expressed by identifying, extracting and representing the artistic meaning within urban and landscape conditions.
www.lorenzonassimbeni.com 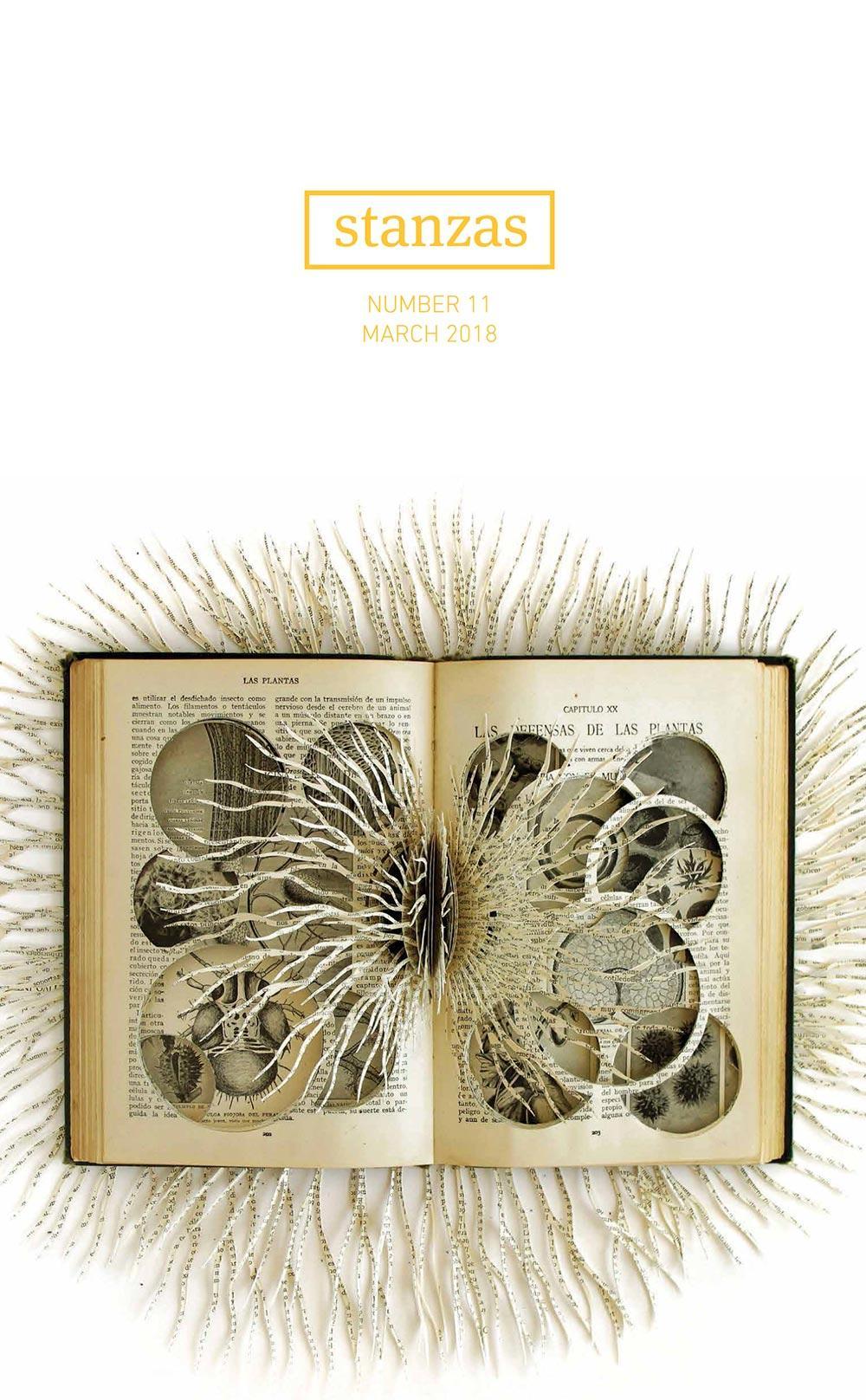 Barbara Wildlenboer is a Cape Town-based artist who uses mixed media and photographic processes to explore ideas of memory held and lost, past and present states of being and how the transience of time renders things elusive or redundant.
She has participated in numerous group exhibitions and art fairs, both nationally and internationally and has been awarded several international residencies.
www.barbarawildenboer.com 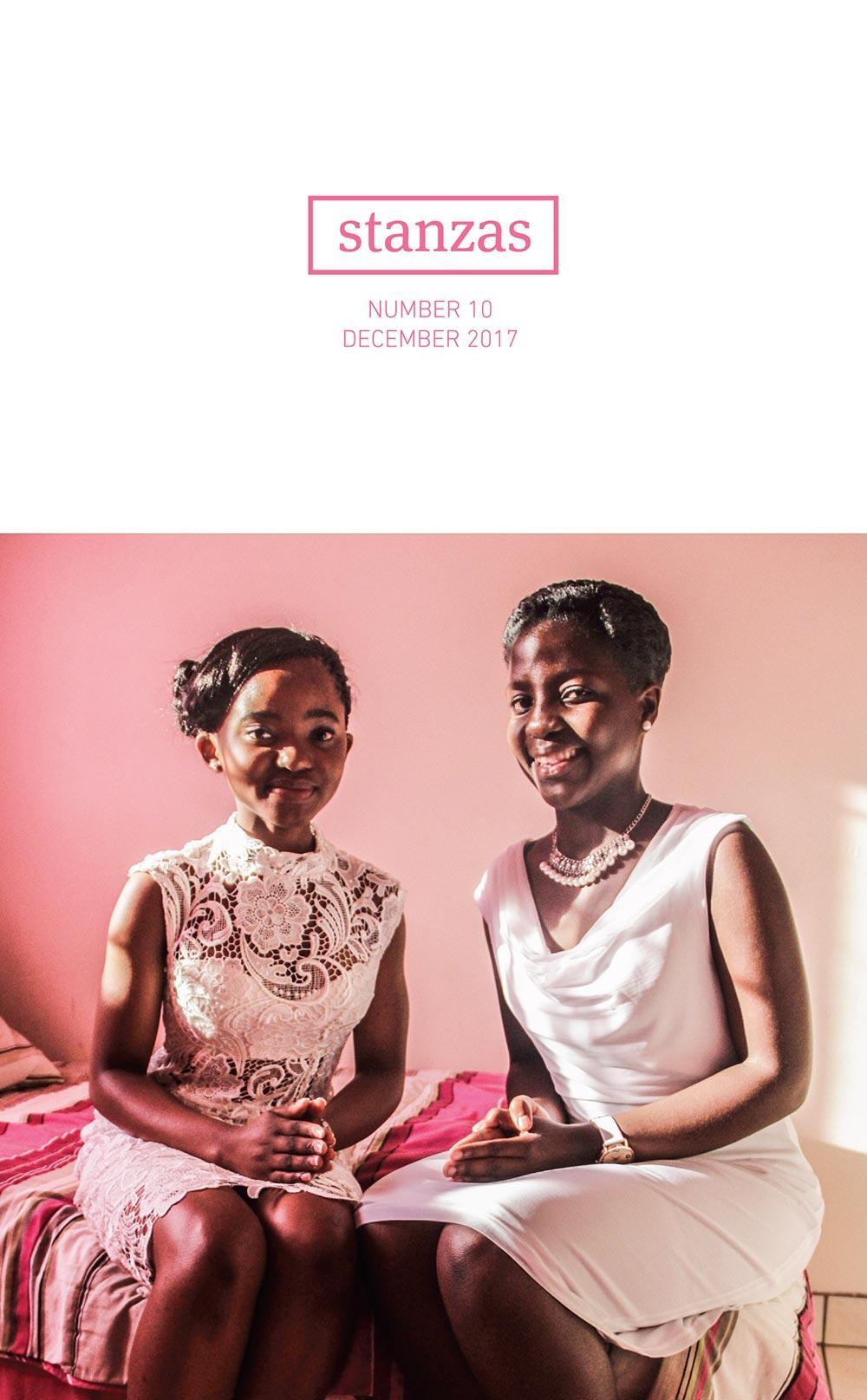 Tshepiso Mabula is a 24 year old writer and photographer, born in Limpopo, South Africa. She is a storyteller who believes that her calling is to produce work that promotes equity and social unity. She seeks to correct the injustices that exist in our everyday culture.
www.tshepisokamabula.cordpress.com 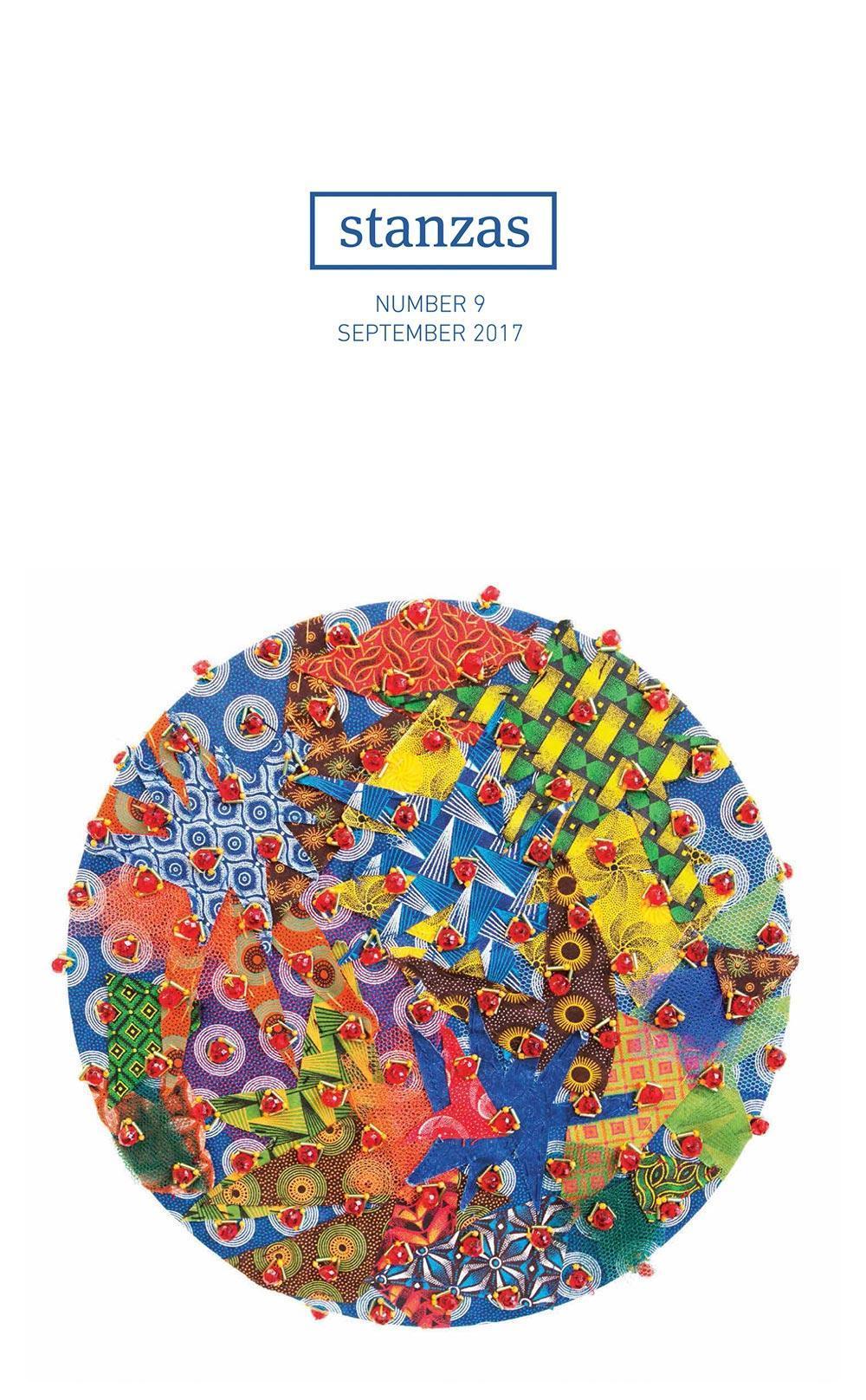 Born in South Africa but raised in South America and Europe, Siwa Mgoboza draws on his experience as both an insider and outsider to assert the idea of a newer, futuristic and liberal Africa. His Africadia series attempts to transcend various prejudices around gender, race, religion, class and nationality.
Instagram: @siwamgoboza 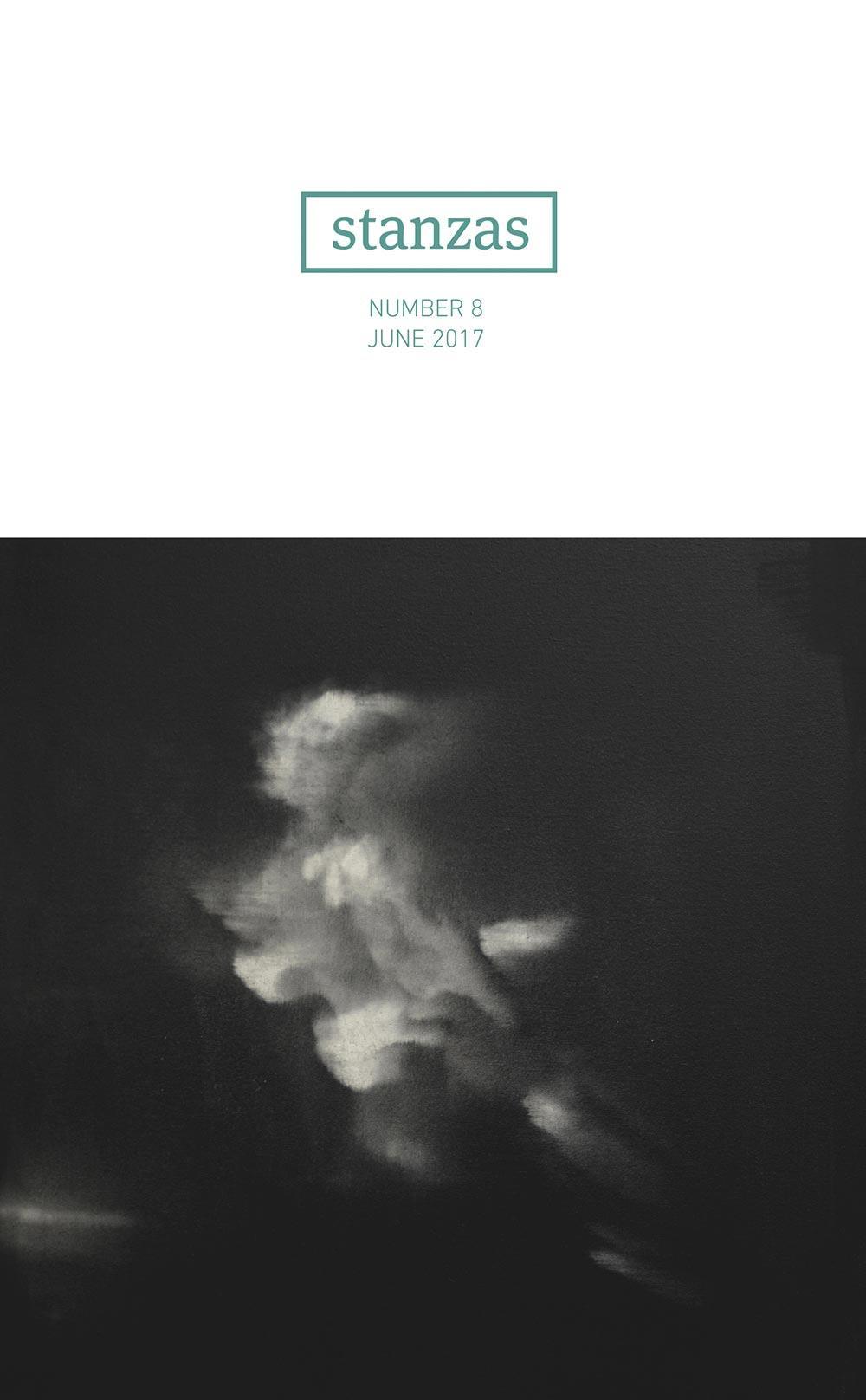 Alexandra Karakashian’s practice is rooted in her exploration of both global and local interpretations of concepts such as land, environment and belonging. By using materials that are considered contentious within the fragile human-environment relationship, she revisits the tradition of landscape painting as a response to ecological crises and contemporary understandings of materiality. She is represented by SMAC Gallery
www.smacgallery.com 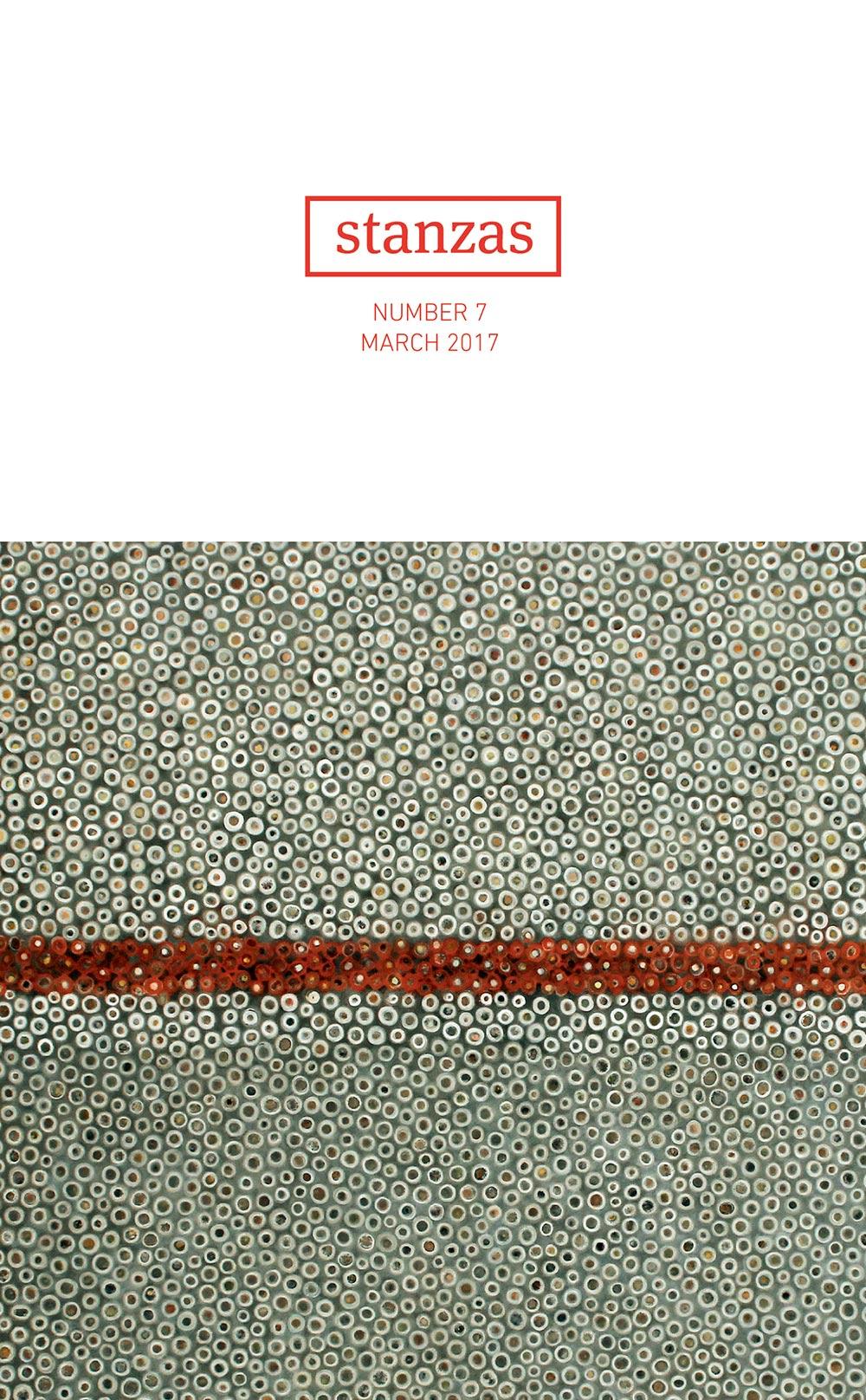 Margie Britz studied at the Rhodes University Art School and later taught there for several years before moving to the UK. Her current work, while rooted in the South African landscape, is inspired by the glacial geology that formed the Norfolk coastline where she now lives.
www.margiebritz@gmail.com 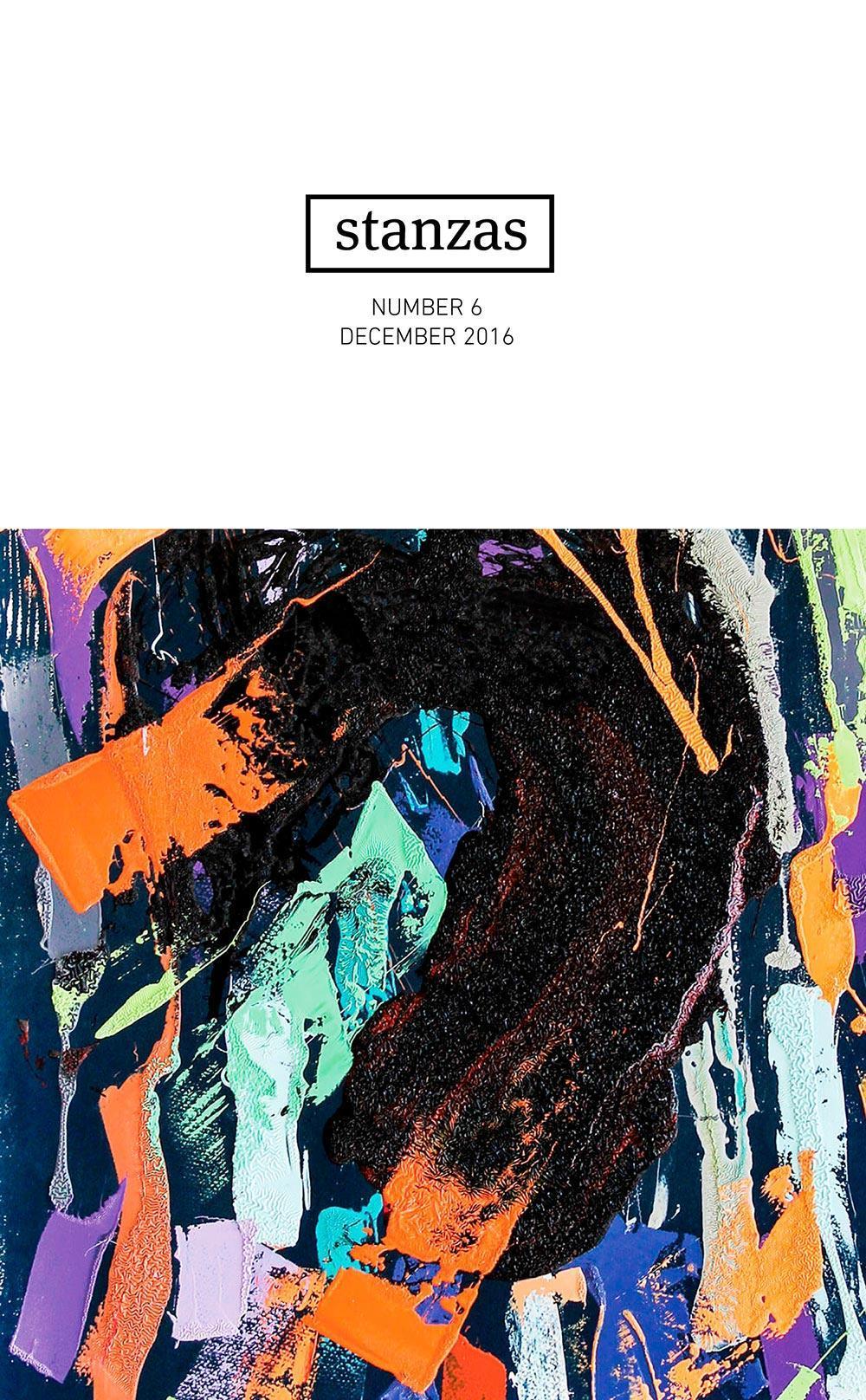 Jacob van Schalkwyk is a Cape Town-based artist who studied at the Pratt Institute in New York City. He is represented by David Krut Projects.
www.jacobvanschalkwyk.com
www.davidkrut.com 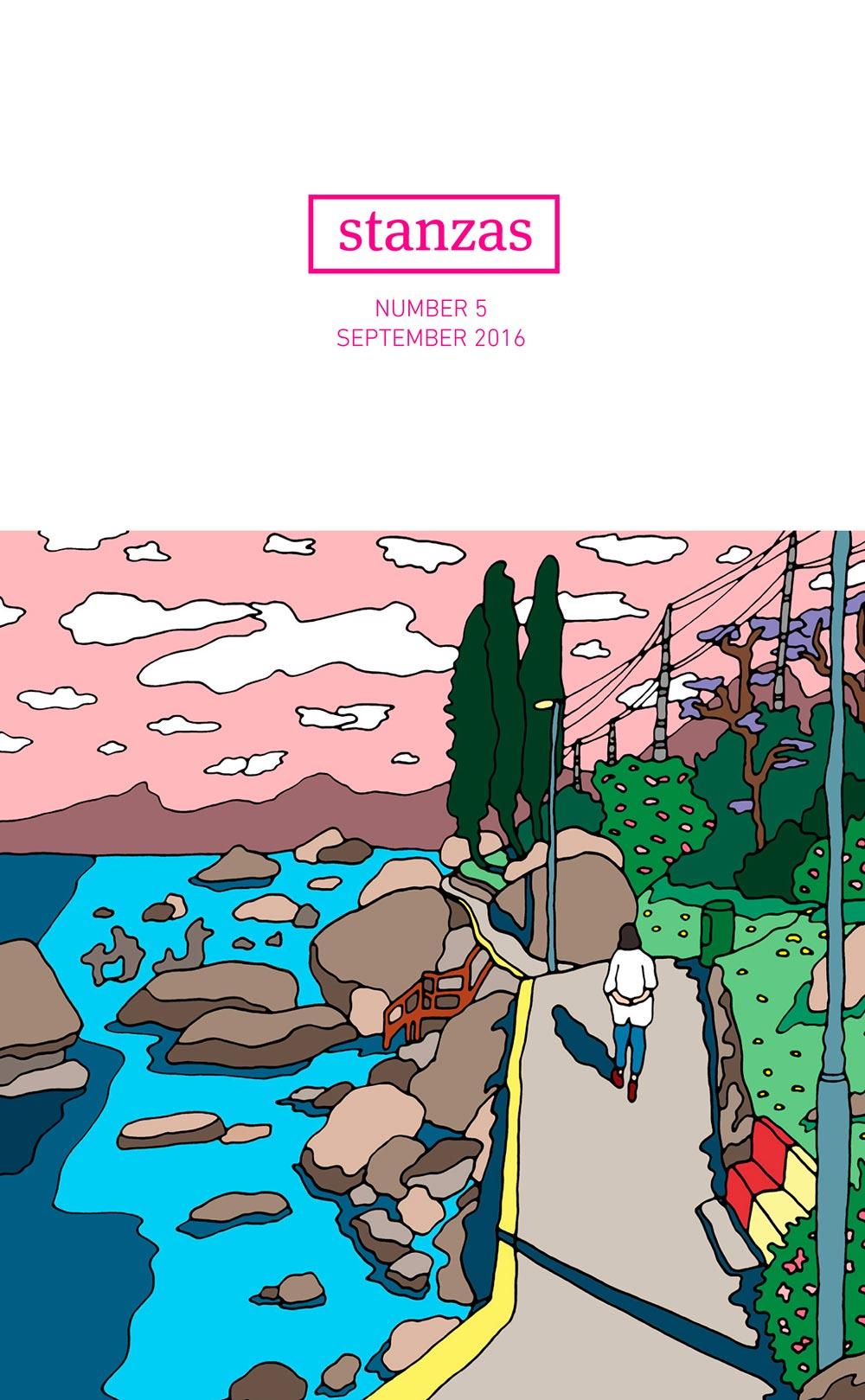 Olivie Keck is a Cape Town-based artist who works with a variety of techniques such as print-making, drawing, embroidery and ceramics. With a narrative and process-driven approach, she describes the pace of transient digital worlds and her place within them. The materiality of her work commemorates the commonplace and the theatre of human endeavour.
www.oliviekeckart.wordpress.com Kirsten Sims is an artist and illustrator based in Cape Town. Her distinct drawing style is theatrical, whimsical and humerous. She has a BA in Applied Design (specialising in illustration) from the Stellenbosch Academy of Design and Photography. Sims is represented by Salon91, a contemporary art gallery based in Cape Town.
www.kirstnsims.myportfoliio.com
www.salon91.co.za 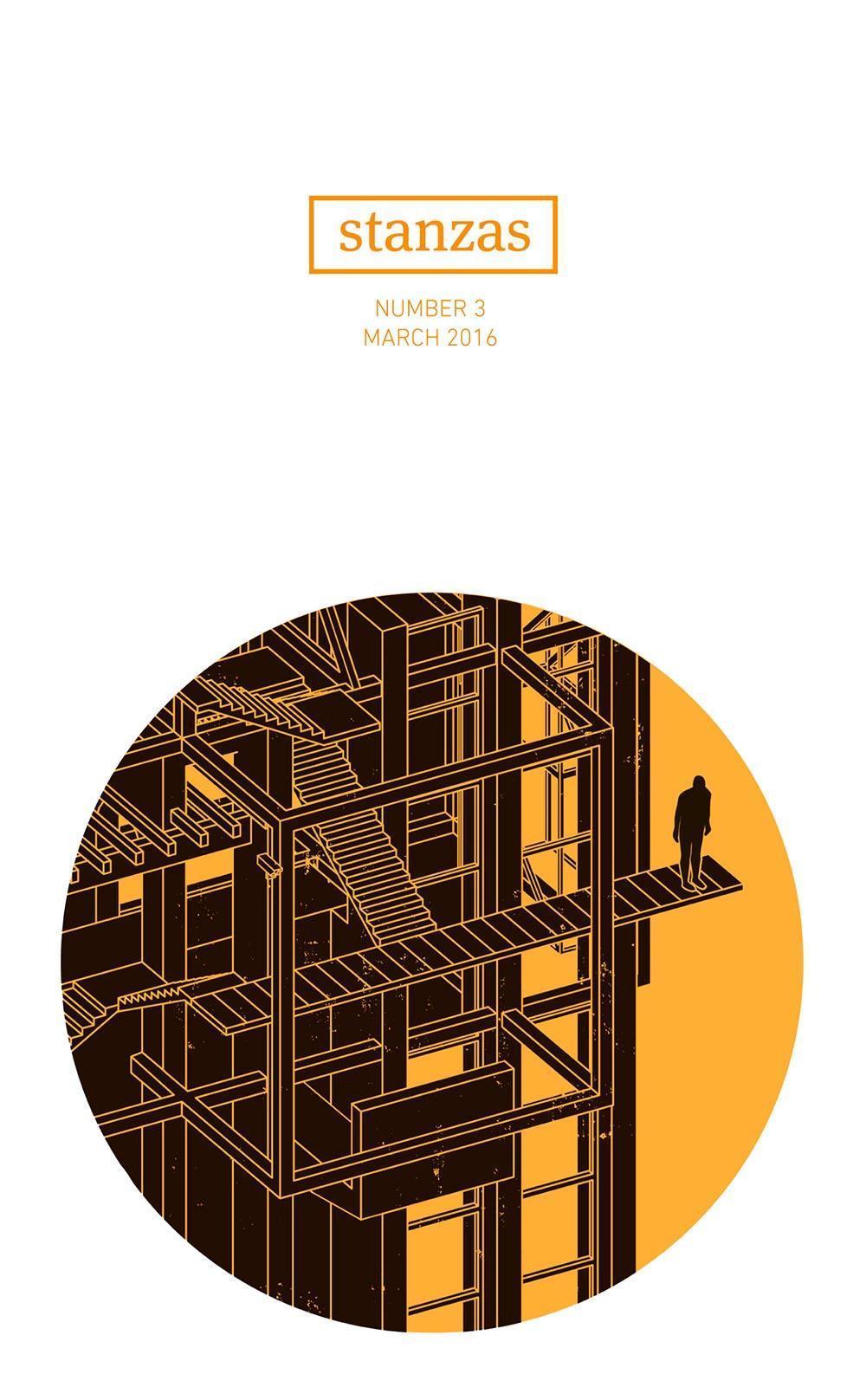 Gaelen Pinnock is a Cape Town-based artist who uses a range of media to explore and document the spatial memes that underlie cities, structures and landscapes. Originally an architect, his work has strong conceptual and aesthetic connection to the built environment.
www.gaelenpinnock.com 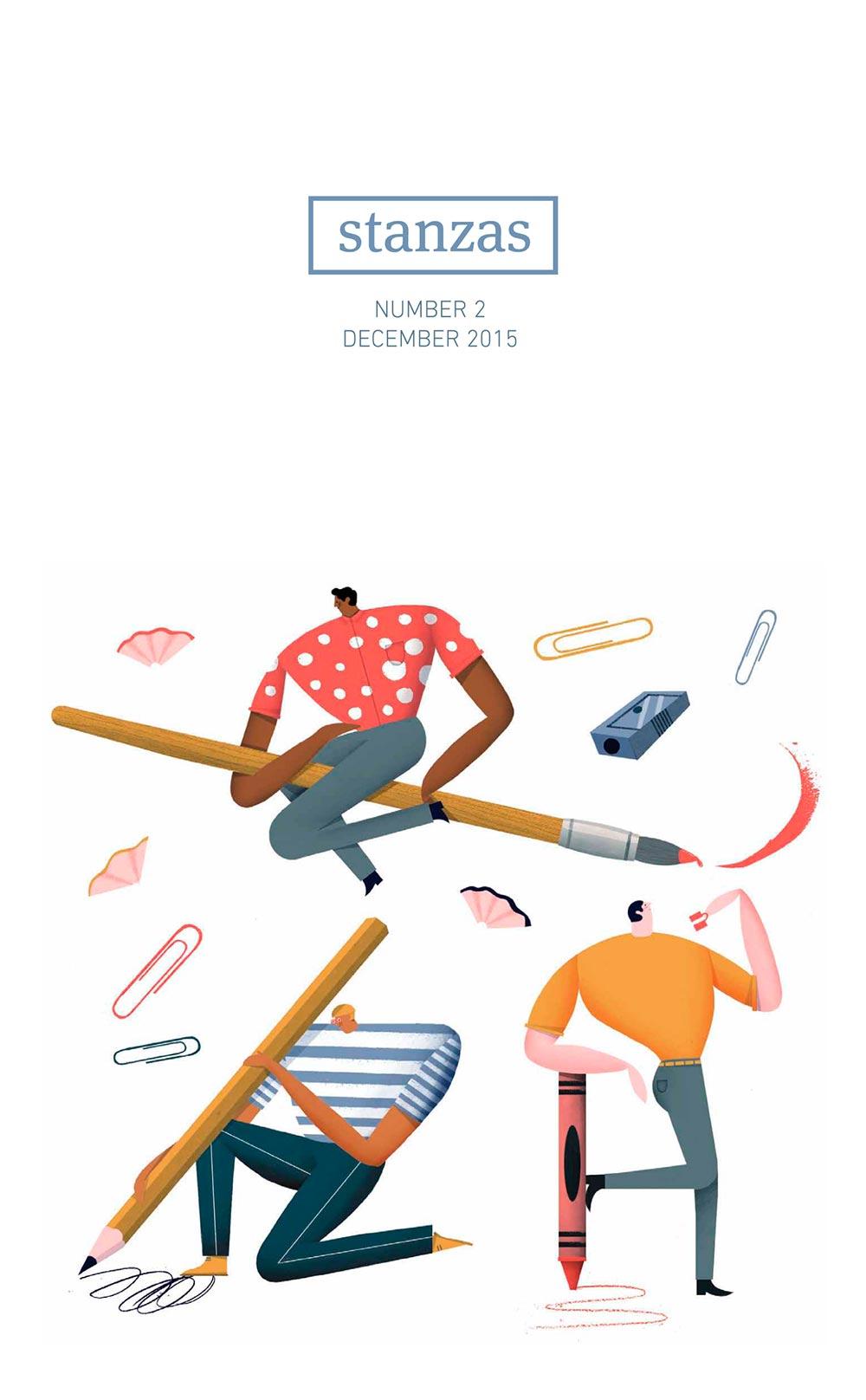 Michael Driver is a London-based illustrator and animator. He is a of Kingston University. His rich, textural work often condenses diverse and intricate concepts down into easy-to-swallow images and neat, cheeky animation. SEPTEMBER 2015
In the Father’s House
By Cleone Cull

Cleone Cull is a recently-retired Professor of Fine Art at the School of Music, Art and Design at the Nelson Mandela Metropolitan University. She was born in Upington in 1946 and studied at Rhodes University Art School under Brian Bradshaw. In 1977, she joined the staff of the Port Elizabeth Technikon. She paints, teaches privately and studies various mystical and shamanistic traditions.
www.cleonecull.com

African Sun Press hosts a literary project called SEED READERS. It publishes books for children which inspire care of the earth; a love of nature; and peace. The Africa! Anthologies support Seed Readers.